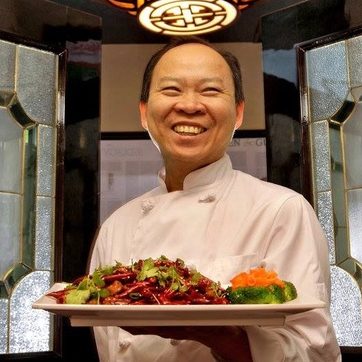 Peter Chang, a highly awarded and world class chef, is considered by many to be the greatest Chinese chef cooking in America today. Chang began his career as an award-winning chef in the Chinese province of Hubei, before later moving to the United States to work as chef for the Chinese Embassy. Chang’s passion is to introduce authentic Chinese food to audiences who have never tasted “real” Szechuan style.

After being discovered by food critics Todd Kliman of the Washingtonian and Calvin Trillian of The New Yorker, Chang disappeared, moving from city to city as dedicated followers did their best to track his latest mysterious venture – from Northern Virginia to Atlanta, then to Knoxville, Tennessee, and Charlottesville before settling in Richmond. Along with partner Gen Lee, Chang’s roster of current restaurants has expanded from Richmond and Charlottesville to Fredericksburg, Arlington, Williamsburg, Virginia Beach and Rockville, Maryland.

Chang will be present for the screening of Cook Up A Storm, including hosting a post-film reception featuring a special tasting menu prepared in his Williamsburg restaurant. 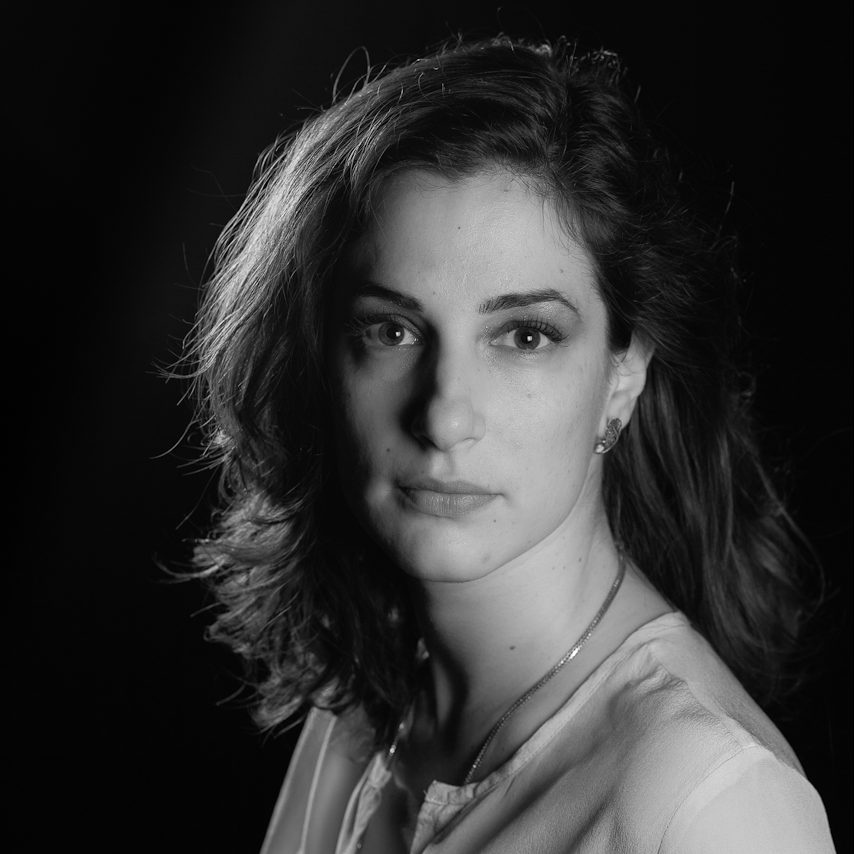 Zana Marjanovic has served as a Representative in the House of Representatives in the Parliament of the Federation of BiH since 2014. She maintains a very successful acting career, starring as the leading role in Angelina Jolie’s directorial debut, In the Land of Blood and Honey. During the promotional tour for the film, Ms. Marjanovic met with President Obama as well as other notable political leaders, and was subsequently inspired to more actively participate in the political life of her country. A member of IRI’s Women’s Democracy Network, Ms. Marjanovic is recognized as one of most promising women leaders in her country. Focused on enhancing women’s leadership, she advocates for the equal participation of women in decision-making processes with particular emphasis on political participation, peace and security. Ms. Marjanovic serves as a member of the multi-party parliamentary Women’s Caucus of the Federation of BiH, which focuses on ensuring that gender quality issues are mainstreamed across the work of the parliament. In July 2015, Ms. Marjanovic was awarded Sister Cities International’s Michael A. Guido Distinguished Leadership Award. She holds a degree from the Academy of Performing Arts in Sarajevo.

Zana will be present for the screening of Children of Peace. 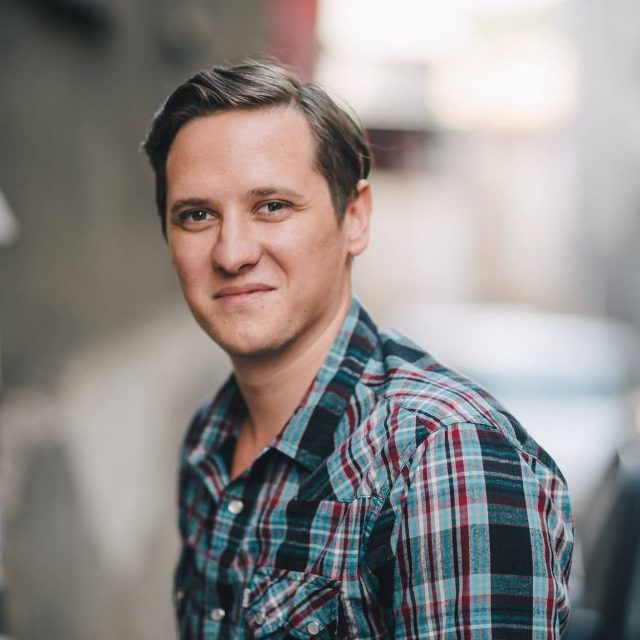 Emir Kapetanovic is a director and writer from Sarajevo, BiH. He has created numerous films, theatre pieces, web series, street performances and stand-up comedy shows that have received considerable national, and international, acclaim. Mr. Kapetanovic’s work turns art into activism as he highlights problems in BiH surrounding the common themes of national unity, reconciliation, youth and inclusion.  Mr. Kapetanovic’s 2016 film, Children of Peace, examines the first generation of Bosnian citizens born after the war in BiH, the most devastating war in Europe after World War II. New generations grow up divided by stories of the past and his film explores these divisions. Emir is a member of the critically acclaimed Sarajevo-based artistic collective  Magacin Kabare, where he works as film educator and project director on initiatives supported by the American Embassy in Sarajevo, USAID, and the Unicef & Jolie-Pitt Foundation. He holds a degree in film and theatre directing from the Academy of Performing Arts in Sarajevo.

Emir will be present for the screening of Children of Peace. 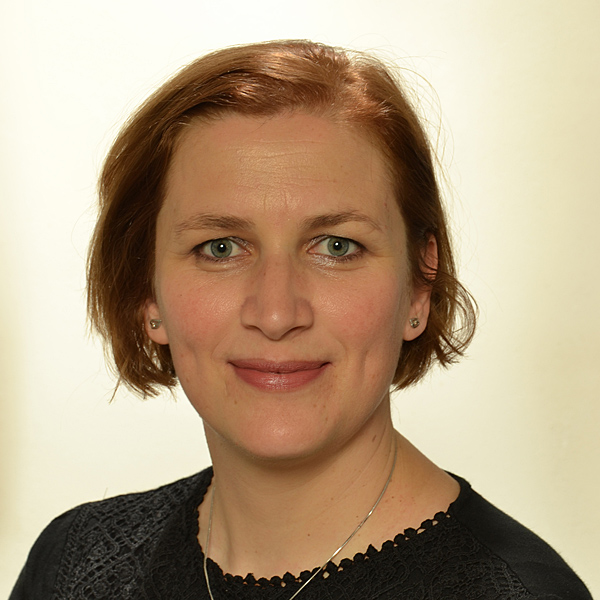 Dr. Larisa Kasumagić- Kafedžić has been actively involved in peaceful upbringing, community youth development programs, the philosophy of nonviolence and intercultural pedagogy for the past 20 years. During the war in Bosnia, she co-founded a local organization that provided psycho-social support for war traumatized children and their families. She holds a MA in international development and education from Cornell University, USA, and Ph.D. in English Language Pedagogy and Intercultural Education from Sarajevo University. She is an assistant professor at the Department of English language and literature of the Faculty of Philosophy in Sarajevo.

Larisa will be present for the screening of Children of Peace and two workshops as part of the 20th Anniversary of the W&M ABC Project. 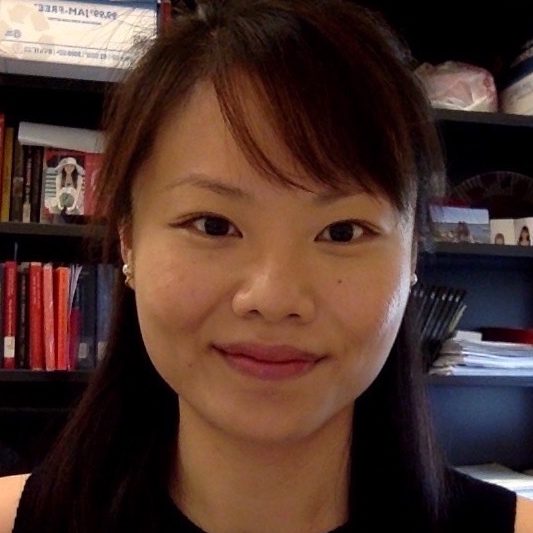 Jessica Ka Yee Chan is Assistant Professor of Chinese Studies at the University of Richmond. She teaches courses on Chinese cinema, the action genre in East Asian cinema and myths and parables in Chinese literature and film, amongst other specialisms and her research has appeared in journals such as Modern Chinese Literature and Culture and East Asian Journal of Popular Culture. She received her Ph.D. on Asian Literatures, Cultures and Media from the University of Minnesota in 2012.

Dr. Chan will participate in the When Chinese Cinema Meets the World panel discussion. 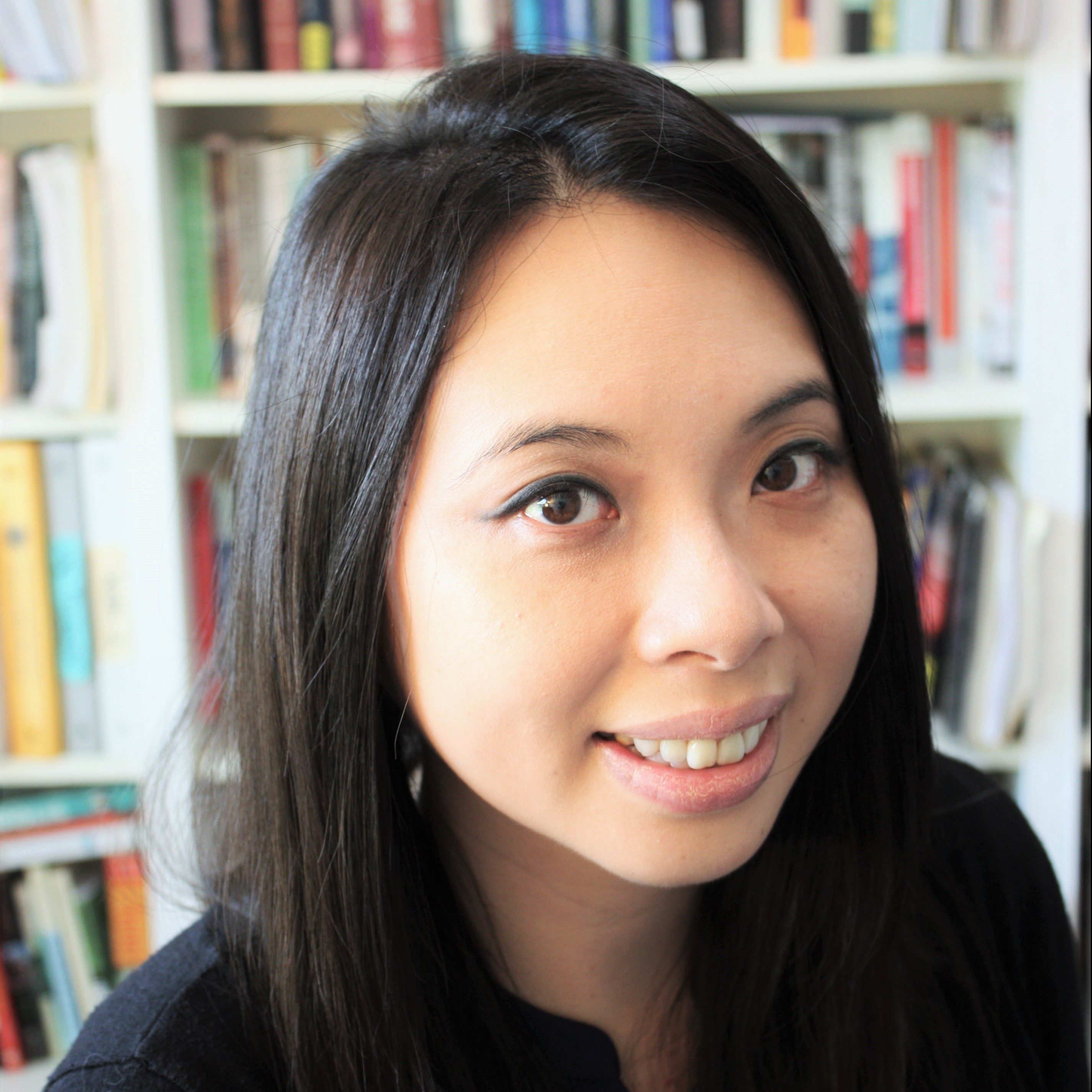 Dr. Wong will participate in the When Chinese Cinema Meets the World panel discussion. 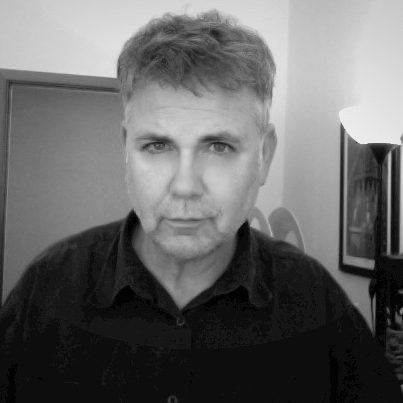 William Fletcher has worked in the motion picture industry since 1980 and has been an assistant film editor for more than 34 years. In addition to his work as an assistant editor, William has also held the role of editor, additional editor and associate editor.

Mermaids, Snow Falling on Cedars, Peter Pan, The Dark Knight Rises, Interstellar and The Hateful Eight are a few of the films William has worked on throughout his career and most recently has completed work on Christopher Nolan’s Dunkirk and Paul Thomas Anderson’s The Phantom Thread.

William will be present for the screening of Phantom Thread. 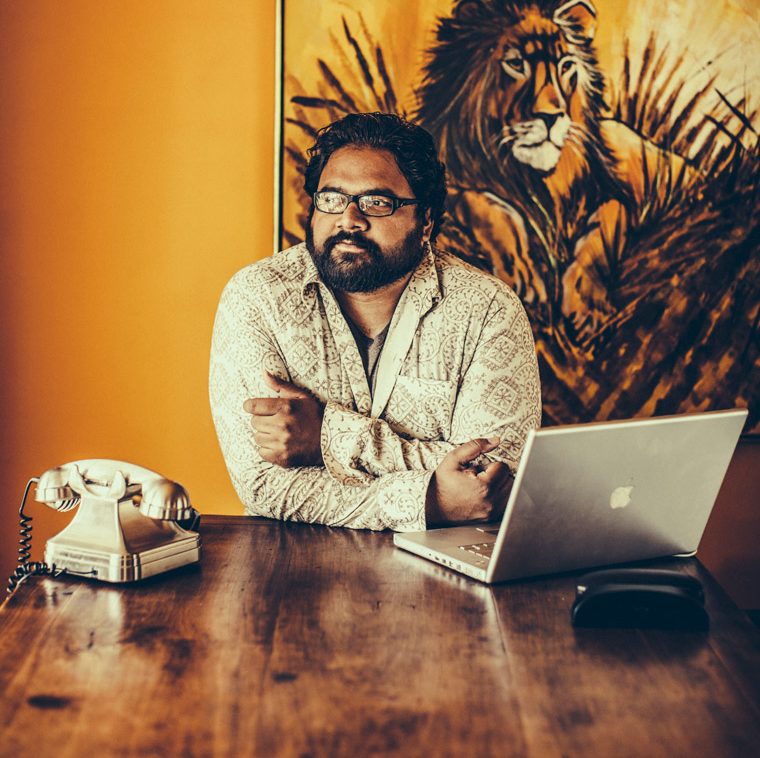 Milan Kumar Chakraborty, CPA, graduated as a Bachelor of Business Administration in Accounting from William and Mary in 2000. After working for two years at Arthur Andersen LLP, Milan joined the Internal Audit Department of Time Warner Inc.  He later transferred to the Filmed Entertainment group that consists of Warner Bros. and New Line Cinema, together the largest producer of film and television in the world.

After leaving his corporate job Milan began to produce films. In 2013 he produced The Lifeguard starring Kristen Bell, which competed at Sundance. The following year he produced Where Hope Grows, the first film with a national release to star a person with Down syndrome. His recent productions include My Friend Dahmer, a 2017 Tribeca and LA Film Fest selection, and Assassination Nation, which premiered at the 2018 Sundance Film Festival.

Milan will be present for the screening of My Friend Dahmer. 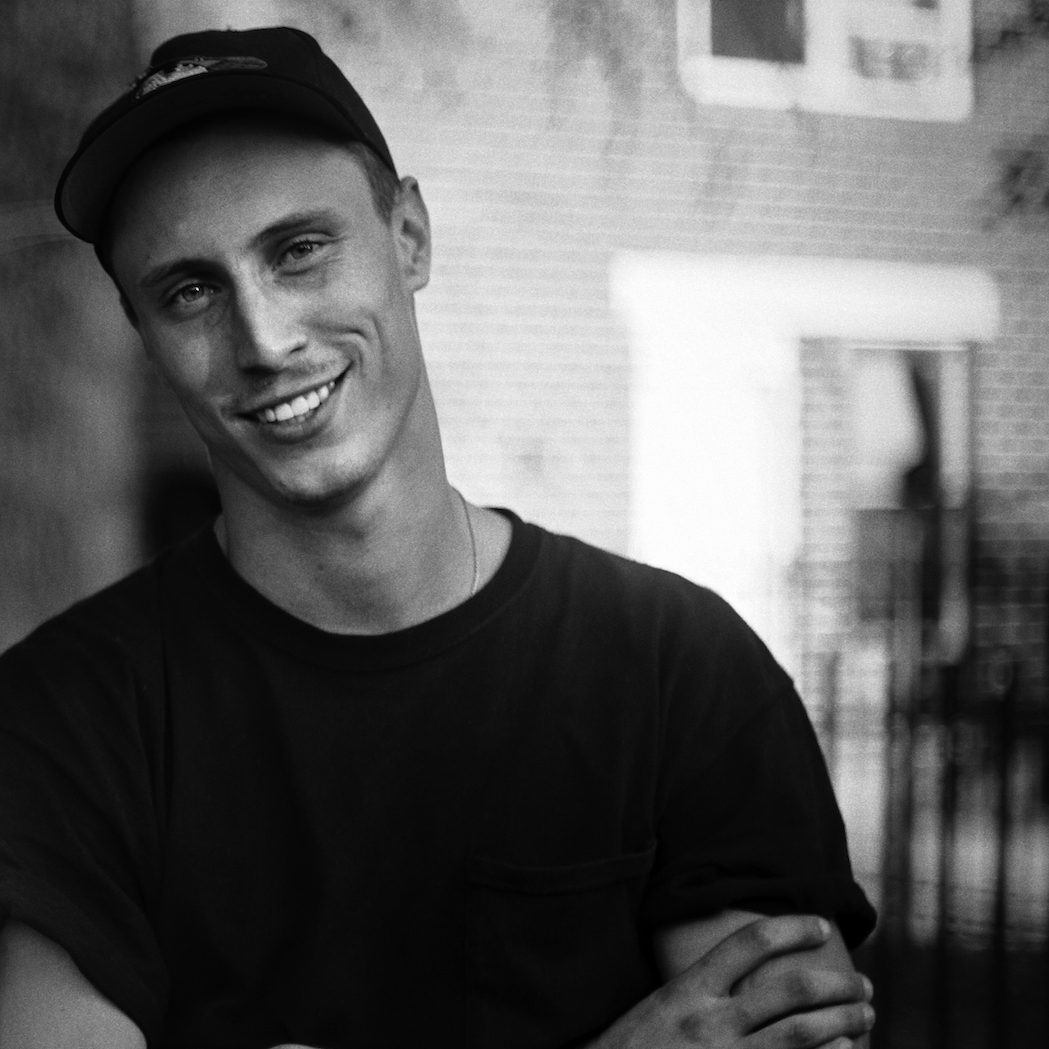 His first feature, RAT FILM, debuted at the 2016 Locarno International Film Festival to critical acclaim, with Richard Brody of the New Yorker calling it “one of the most extraordinary, visionary inspirations in recent cinema.”

Theo will be present for the screening of RAT FILM. 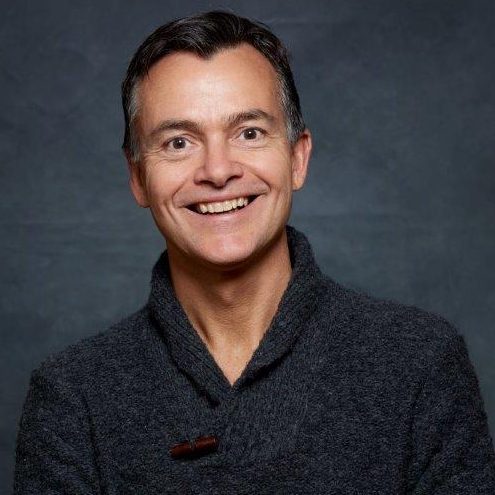 William Schermerhorn is Creative Director for Colonial Williamsburg’s Signature Events. His role at Colonial Williamsburg combines storytelling and event experience with the historic traditions of the eighteenth century environment to present memorable Fourth of July, Halloween and Christmas celebrations, as well as other seasonal productions throughout the year.

Bill is a two-time Emmy Award-winning songwriter and was previously creative director/event producer for some of America’s most beloved, large-scale productions. As VP/Creative Director for Macy’s Parade & Entertainment Group, he oversaw the world-famous Macy’s Thanksgiving Day Parade and America’s largest Independence Day pyrotechnic display, the awe-inspiring Macy’s 4th of July Fireworks, for over three decades. Bill is a member of ASCAP, The Dramatists Guild, Inc. and a graduate of The College of William & Mary. He was made an honorary U.S. National Park ranger in 2011.

Bill was born on the 4th of July. He resides with his husband Dan Dutcher in Williamsburg, Virginia.

Bill is hosting the screening of Brimstone & Glory. 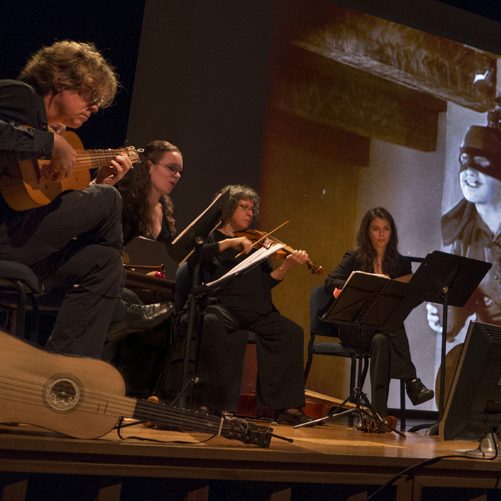 Innovative, historically-informed and multi-cultural, HESPERUS acts as a conduit between the rich musical past and curious 21st century concertgoers with early music soundtracks for silent films; collaborations with theatre, mime and dance; multi-century musical portraits of a single culture; fusions of early music and American traditional styles; and single-genre early music programs. Whatever the genre, HESPERUS performs with creative energy, technical assurance and a sense of fun.

Herperus will provide live musical accompaniment for the screening of Nosferatu. 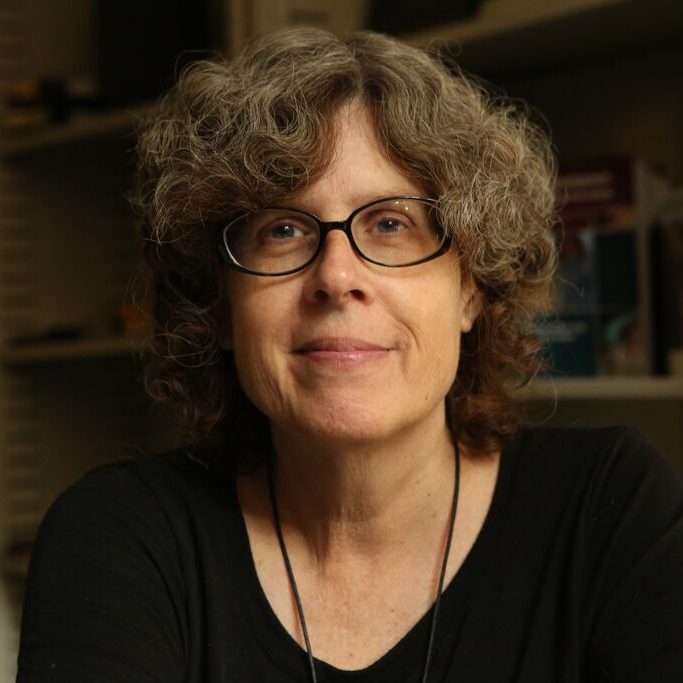 An emerita professor of anthropology at the College of William and Mary, Dr. Barbara J. King is a freelance science writer and public speaker with a focus on animal cognition and emotion and the ethics of animal-human interactions. Barbara has written 6 books, most recently Personalities on the Plate: The Lives & Minds of Animals We Eat, and How Animals Grieve. She contributes weekly to National Public Radio’s 13.7 Cosmos & Culture blog and regularly to the TLS and is a frequent guest on media programs. At home in Gloucester she and her husband live with 5 rescued cats indoors, 7 more in a spacious enclosure, and 1 roamer who graces her yard.

Barbara will be present for the screening of Kedi. 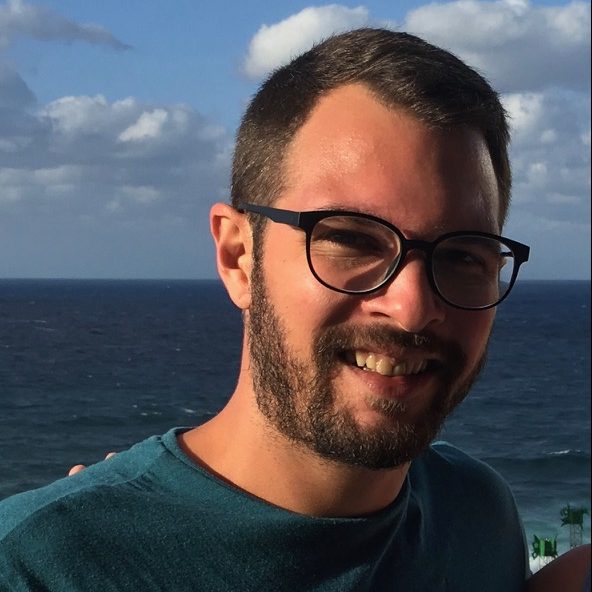 Born in Havana in 1984, Alejandro Rodríguez Fornés “Alucho,” is a prolific graphic designer and an important figure in the use of emerging technologies and digital art in Cuban graphic design. He graduated from Havana’s Instituto Superior de Diseño in 2008. He has worked as a designer for the magazines Literatura y Arte Unión and La Jiribilla, the publishers Gente Nueva and Abril, and the International School of Film and Television in San Antonio de los Baños, as well as the Cuban Institute of Art and Cinematography. His work has been featured in international festivals in Mexico, Bolivia, Ecuador, Turkey, Spain, and Russia among others, and he has participated in exhibitions in Cuba and abroad. In 2014, he won the Bronze Medal at the 13th biennial International Poster Festival in Mexico. He is a member of the National Union of Writers and Authors of Cuba (UNEAC) and currently works in the office of Images and Communication at the Casa de las Américas. This is his first solo exhibit in the United States.